A vacation in Austria gets you close to nature and allows you to get to know the people and wonderful traditions of Austria. 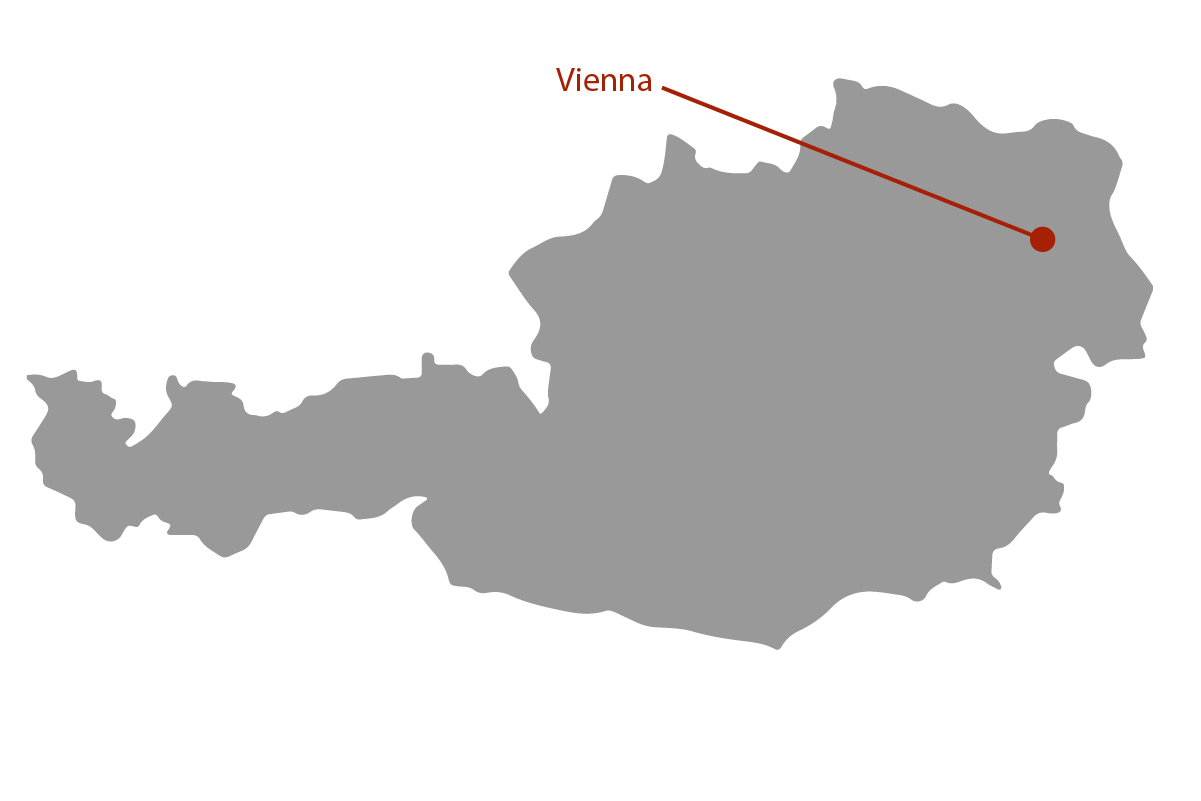 Autumn (September to November) and spring (April to June) are the best times to visit Austria in general due to temperate climatic conditions. Winter months are best for those wishing to ski, the summer months are best spent away from the major cities.

Austria has a typically central European climate with cold and snowy winters and hot summers. In winter temperatures can reach as low as -17 degrees, and summer can get as hot as 40 degrees. Spring  and Autumn are temperate times.

The cultural and historic heritage in Austria is spectacular and can be seen everywhere. Austria also offers world class skiing, some of the best possible spots for kite boarding and amazing mountain trails for hiking or biking. Additionally, Austria is safe and located in the heart of Europe, making travel to other countries easy.

Things To Do In Austria

Austrian food comes from the traditions of the Austro-Hungarian Empire, offering a wide variety of beef and pork dishes as well as a stunning selection of sweet dishes ('Mehlspeisen'). It is a little known fact that the croissant is actually an Austrian invention! Famous savory dishes include Wienerschnitzel (breaded pork or veal), Knödel (potato dough dumplings with various meat fillings), Tafelspitz (various beef cuts cooked in stock and served with typical apple and chive sauces), and Schweinsbraten (pork roast). Dessert-wise, famous dishes include Apfelstrudel (apples cooked in sugar and cinnamon served in a type of philo pastry), Sachertorte (a world famous chocolate cake), Kaiserschmarrn (fluffy pancake pieces), Topfenstrudel (locally made sweet curd cheese in pastry) and Knödel (dumplings with fruit fillings). Austrian cuisine is not known for being light!

Vienna is ranked as the 6th safest city in the world. Generally watch out for pickpockets in crowded areas. Pay attention not to walk in bike lanes and treat them as you would any other road. As a travelling precaution, ensure you have travel insurance for Austria.

Located in the heart of Europe, Austria offers a rich cultural, musical, and architectural history tied into a spectacular countryside. Austria regularly features as one of the top travel destinations to visit on various travel blogs and magazine lists, and there are many reasons why this small country is such a popular tourist destination. The best way to find out those reasons is to get your passport ready, buy your travel insurance for Austria, and jump on a plane to 'arrive and revive' as the Austrians say.

Most travellers arrive in Vienna, the capital of Austria. The city of Vienna was built following a star shaped outline, with all points leading to its central square known as 'Stephansplatz', which is also home to St. Stephen's Cathedral. This Gothic and Romanesque Cathedral is one of the most recognizable landmarks of Vienna, and has a rich historical tie in: Vivaldi's funeral was held here, Habsburg regents were crowned here, and dignitaries are buried next to commoners in the crypts.

Around St Stephen's Cathedral is downtown Vienna, a pedestrian zone home to many shops and the city's famous historical coffee shops, most notably the Café Hawelka. Due to the centralized architecture of Vienna, a 30 minute walk allows you to see an absolutely staggering amount of museums and historical landmarks: the natural and art history museums, the Opera house, the Habsburg residence (Hofburg), the Albertina museum, and many more are mere minutes apart!

Leaving behind the center of Vienna you find ever more palaces and botanical gardens, culminating in the impressive Schloss Schönbrunn with its expansive gardens, spectacular vistas, museums pertaining to the reign of the Habsburgs, and not least the famous Vienna zoo, which is the oldest zoo in the world.

While in Vienna, do make sure to try a typically Austrian take-away food: Schnitzelsemmel. The famous Wienerschnitzel is placed in a uniquely Austrian bread bun (Kaisersemmel) which constitutes a typical lunch on the go for many!

As soon as you leave the busy hub of Vienna behind, the mountainous countryside starts. 62% of the mountains in Austria have a height of 500m or more, meaning that every little town will have its own skiing slopes (in winter) and hiking paths (in summer). For avid climbers, the Zillertal, Vorarlberg and Styra offer world-class climbing routes.

About 200kms west of Vienna is the city of Salzburg, which is the birthplace of Wolfgang Amadeus Mozart. Many travellers to Austria quickly fall in love with the well preserved, historic city center, and lovers of classical music come every year to the famous Salzburger Festspiele to see some of the biggest opera and musical stars perform at this festival. It is also well worth exploring smaller towns around Salzburg, as there is a very active micro-brewery culture in this area, offering a delicious variety of different beers.

Neighboring Switzerland are the areas of Vorarlberg and Tyrol, famed for their mountains, which offers world-class skiiing in winter and amazing hiking and climbing in summer. If you are travelling to Austria to chase the snow, this area will be where you will find the best pistes in the country with one of the most famous skiing towns in the world as voted by national geographic: Kitzbühl. Not only does Kitzbühl offer at least 140kms of clean pistes, during the winter vacations this small town turns into a cosmopolitan party town for the rich and famous!

The South of Austria is home to Carinthia, which is a popular destination for Austrians during the hot summer months. The abundance of lakes has led to a rise in kite boarding, making this region more attractive for adventure travellers. The windsurfing community has already been coming here for years to attend the local world championship event at the Neusiedlersee.

Though small in area, Austria truly has something on offer for everyone: classical music lovers can rejoice in the sheer number of concert halls and festivals, adventure travellers can challenge themselves on the long and scenic hikes and climbs, foodies who want to experience a unique central European cuisine and some of the best pastries in the world, and city hoppers who just want to get away for a weekend with the possibility of doing some shopping along the way.

With any trip, it is important to have good travel insurance, which is especially true for anyone seeking to participate in sports. Otherwise, travelling through Austria is easy: put on some comfortable shoes to conquer the cities and for short nature hikes, and definitely bring a big appetite!