This small country offers an amazing cultural and historic heritage to potential visitors. 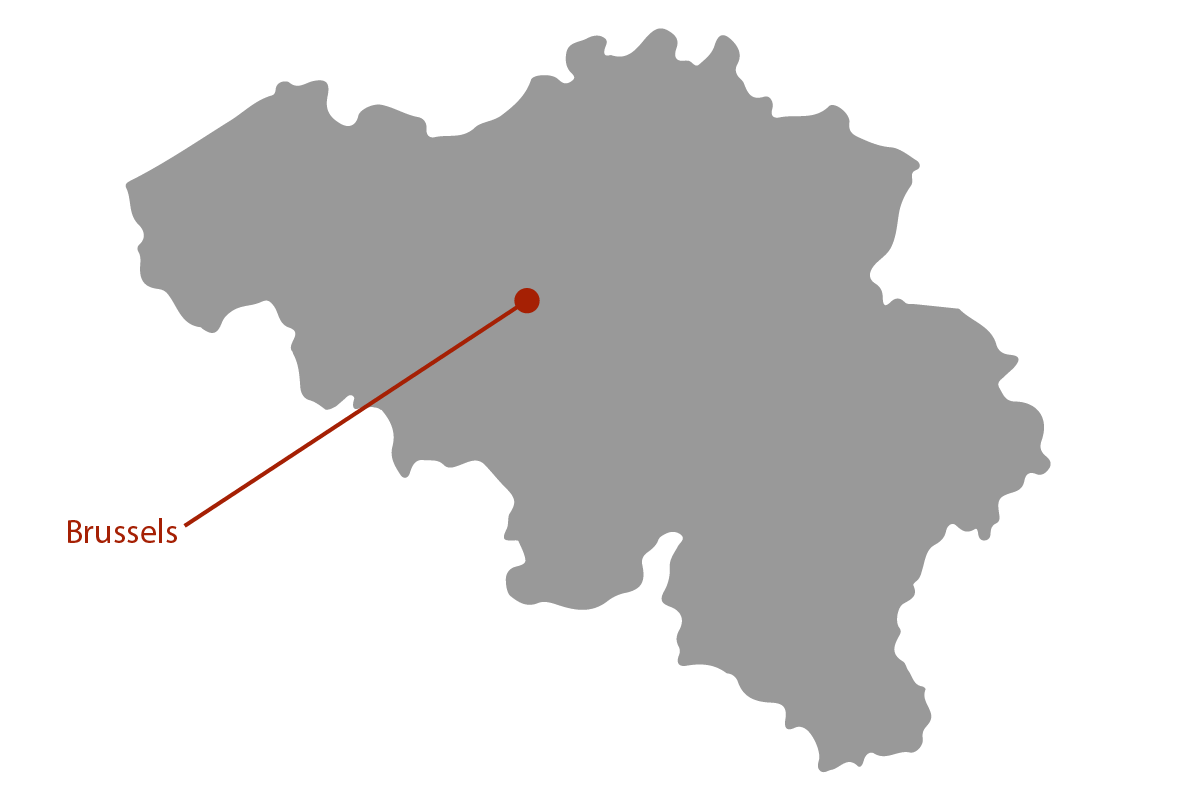 The best time to travel to Belgium is between mid-April and mid-October, with the peak of the tourist season being in the summer months of July and August. Outside of the peak season, airlines, hotels, and restaurants are cheaper, and there are a lot of festivals happening as well.

Belgium enjoys a maritime temperate climate: the lowest temperatures are found in January with 3 degrees, and the highest in summer in July with 18 degrees. It does rain quite a lot every month, with most rain falling  in winter.

Belgium is small and yet offers a staggering amount of history and culture. It is easy and safe to travel around, and when you are not checking out a museum or medieval towns, you can relax in a spa or treat yourself to excellent food. Belgium offers a unique combination of food and culture in a neat package.

Things To Do In Belgium

Belgium offers a veritable feast of different cuisines and travellers here can expect to find excellent food everywhere! For an authentic experience, try some French fries, which despite their name are claimed as a Belgian invention. They are widely sold from vending carts with a range of condiments. Mussels are also very popular, with moules et frites being the perfect combination of white wine, cream, mussels and French fries. For more adventurous eaters, try frikadellen met krieken, which are meatballs served with cherries. Belgium also boasts to have some of the best chocolate in the world, which is worth trying in one of the many boutique chocolate shops. As a sweet snack on the go, try some waffles, sold as 'gaufres' on the side of the road, which are either light and airy or dense and gooey.

Most of Belgium is safe for travellers, apart from a few neighborhoods in Brussels and the edges of Antwerp. In areas with high crimes rates, keep an eye on your belongings and do not roam the streets a night. As a safety precaution, get travel insurance for Belgium.

Brussels is the capital of Belgium and where most international travellers will arrive. Being home to the EU and NATO, you’re likely to hear more languages than you’ll find on your average satellite television by just wandering down a city block.

To call Brussels cosmopolitan is almost an understatement. The presence of many cultures can be felt everywhere, especially when it comes to eating. While in Brussels, make sure to stroll over to the magnificent Grande-Place, check out the Art Nouveau buildings by architect Victor Horta scattered all over the city, and have a look at one of the most photographed statues in Brussels: the ‘manneken pis’ – a small bronze sculpture depicting a naked little boy urinating into a fountain’s basin.

Brussels is also a great place to explore Belgium's food scene. All over town you’ll find vending carts selling French fries, which the Belgians have definitely perfected. They’re generally served with a dizzying array of sauces in various colors, all of which are worth trying.

As many international organizations have chosen Brussels as their headquarters, travellers will also find a lot of different ethnic restaurants that serve delicious foods. Of course, no trip to Brussels is complete without going to at least one chocolatier - Belgian chocolate is world famous after all, and once you visit a chocolate maker's shop, you’ll know why!

Outside of Brussels you’ll find the two distinct regions of Belgium: Flanders and Wallonia. Flanders is a mostly Dutch-speaking region with many Flemish provinces, and is home to the city of Antwerp and Bruges.

Antwerp is Belgium's second largest city and mainly known for two things: the artist Rubens and diamonds. Antwerp is famous for being the diamond capital of the world: 85% of the world's rough diamonds and 50% of the world's cut diamonds are traded in this city! Antwerp is also where the famous painter Peter Paul Rubens worked from, and you can still visit his home, which is now a museum to his life and art.

South of Brussels you find the Wallonia region, which is mostly French speaking with some small German speaking towns scattered around. This region is home to the famous Neolithic Flint Mines as well as some major coal mining sites dating back to the 19th century. If you have a couple of days to spare, head to the town Spa and pamper yourself at the original spa-town!

The student town of Liège acts as the cultural capital of Wallonia, bearing witness to its industrial past. Situated along the river Meuse, you can find a range of different architectures here, especially pre-war architecture. There are also many Museums dealing with Wallonian history and culture.

Wherever you may go in Belgium, finding good food is not difficult. Belgians love to eat and drink well! Make sure to try some moules frites (mussels cooked in a creamy white wine sauce served with crispy French fries), which are available all over the country but best enjoyed near the coast. For a quick snack on the go, locate the nearest waffle stall and choose between light and airy or gooey centered deliciousness. Belgium is also quickly becoming famous for its many locally made craft beers, and it is well worth visiting a local pub to try whatever is on offer. Be careful though, as some of the beers are quite strong!

Belgium is a safe place to travel, however travel insurance should still be on your checklist, and it is best to keep an eye on your belongings in major cities. Otherwise, get your walking shoes ready to conquer the medieval cities and prepare your taste buds for many extraordinary culinary experiences!

For more information on Belgium, visit the Belgium Tourism Website.