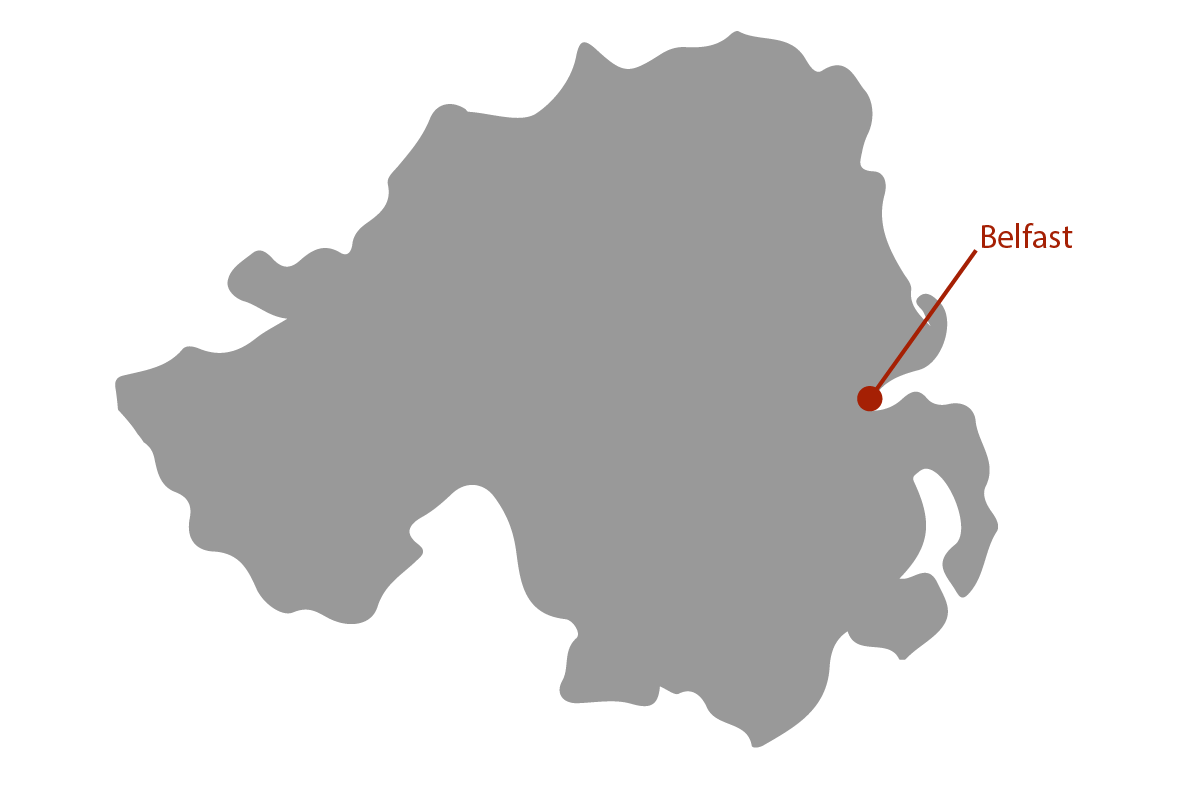 The months from May to September are the best times to visit Northern Ireland. Be aware of peak season in July and August which is very busy.

Although the seasons are distinct, the weather in Northern Ireland is unpredictable at the best of times. Be prepared for rain, whatever the season. Winter temperatures in Belfast are around 6 degrees, while the average temperature in summer is 17.5 degrees.

Many international travellers are still scared of coming to Northern Ireland, making it a lot less crowded in terms of tourism, as compared to Ireland. With beautiful countryside, impressive natural wonders, and friendly people, Northern Ireland is quickly becoming a popular destination though.

Things To Do In Northern Ireland

The food in Northern Ireland represents a mix between British and Irish cooking traditions. As such, the food is simple and hearty! Probably the most famous dish is an Ulster fry, which is distinguished from an English breakfast by its soda bread and potato farls that are cooked on a griddle. Potato bread farls are another well known dish, which is a potato flat bread made with buttermilk. Potatoes are a favorite in Ireland and you will find them used in many regional dishes such as boxy, which is potato cake made from cooked and raw potatoes, as well as champ, which are mashed potatoes with spring onions. An interesting sweet to try is called yelloman, which is a luminous yellow confectionary sold at fairs and markets.

When most people think of Northern Ireland the first thing they may think of is its turbulent and troubled past and the IRA. While politics remain a touchy subject, Northern Ireland is considered very safe to visit since the political situation has stabilized over the last 15 years or so, and more and more tourists each year are discovering the charm of this wonderful place. With stunning scenery, the bustling city of Belfast, and massive amounts of Irish charm, Northern Ireland will win you over as well. Get your passport and visas sorted, make sure you have an appropriate and up-to-date travel insurance for Northern Ireland, and go explore this stunning place.

Belfast is the capital city of Northern Ireland and by far the biggest and busiest. However, the city is still small enough to explore on foot, which will allow you to truly experience the feeling of Belfast. Donegall Square and City Hall form the heart of the city, and are a great starting point for a little walk. City Hall itself was opened in 1906 and is a nice example of British turn of the century architecture. With free tours of the building available, it could make an interesting experience. Not far from Donegall Square is the Grand Opera House, which is a great example of Georgian theatre architecture and a must see for every visitor to Belfast.

The stretch between Donegall Square and Queen's University is known as the Golden Mile. This is quite a nice walk to do during the day, with a quite few things to see along the way. There are also a lot of bars along this road as well as a few nice places to eat. The university itself is a picturesque Victorian building that is open to visitors, and the Botanical Gardens are a nice place to just sit and relax, or to check out the Tropical Ravine.

Heading the opposite direction from Donegall Square, you will get to Belfast Castle and eventually St Anne's Cathedral. Both are monuments of tremendous importance and very beautiful to visit. To explore the conflict in Northern Ireland a bit more, be on the lookout for murals around Belfast. Both political groups have a tradition of painting large murals, which can give you some insight into the conflict and how it has affected the communities. Some of the areas containing the murals could be a bit unsafe due to crime, so make sure you consider having appropriate travel insurance for travel to Northern Ireland.

The northern coast of Northern Ireland is famous for being home to the Giant's Causeway, which is a UNESCO World Heritage Site. The Causeway is a truly spectacular site dating back some 60 million years. While you are visiting the Causeway, make sure to walk around the area a little bit, as you can see some stunning coastal scenery. The north is also home to the oldest licensed whiskey distillery in the world, Old Bushmills Distillery, which offers tours for the interested as well as the opportunity to sample their products.

South of Belfast holds another spectacular nature destination: the Mourne Mountains. The highest peak in the range is only 852m high, but gives you great views of the surrounding area, and on clear days you can see towards England and Scotland. This represents one of Ireland's most popular trekking, hiking, and climbing destinations and it is truly beautiful! If you plan on doing longer hikes be sure to be prepared with suitable travel insurance for Northern Ireland for peace of mind.

The city of Derry, located in Northern Ireland's northeast, is the second biggest city in the country and also a very popular tourist destination. There are some excellent museums located in the city, such as the Tower Museum, which tells the story of Derry from pre-historic times until today, or the Free Derry Museum, which is dedicated to the conflict in Northern Ireland and really a must for any visitor to this country. However, the main attraction in Derry is the old walls.

Derry is one of the finest examples of a walled city in Europe, and there are many 'wall tours' to show you the hidden sights.

Northern Ireland is generally very safe for visitors, having one of the lowest crime rates in Europe. Try not to get into any political or religious discussions though, and leave any clothing that may be associated with football, religion or politics at home. Otherwise, make sure you visit a pub or two, and enjoy the famous Northern Irish hospitality!