“We were looking forward to this trip with another couple!”

Like most things in life, when you are travelling anything can happen. Gail and Louis Chew booked a holiday earlier this year along with another couple to sight-see around America.

Gail took out a Standard Saver policy with Fast Cover to cover them while cruising throughout America before stopping by Washington DC to see their son’s exhibition.

“I was excited to see my son and his exhibition!”

After travelling throughout the country, Gail was showering in her hotel when she fell down and slipped on the tiles! Even though she hit her head in the shower, Gail was still able to get up and continue her day. Luckily for Gail, there was no initial bleeding and she could carry on with the rest of the trip. After about 12 days, Gail began to feel symptoms similar to a headache which she treated with Panadol and went about her way.

“I had no symptoms initially and then when I was travelling later I realised I had a really bad headache.”

Gail’s husband Louis was able to send her to MedStar Georgetown University Hospital where doctors diagnosed her with a concussion and internal bleeding. The medical facilities were able to treat her for three days before sending her home and treating her again for another three days. Gail was not allowed to fly home due to the concussion and internal bleeding she suffered. During this time, she liaised with the claims team and First Assistance to organise the next steps for Gail and her family. Gail’s children were able to be flown to see her and then flown back to their homes.

“The hospital staff were amazing in MedStar Georgetown University Hospital. Their services were exceptional!”

The medical staff treated her with care and she was sent home as per the neurosurgeon’s request. Gail was told to rest in hospital before flying home. Gail’s daughter Katrina was able to liaise with the claims team and medical staff.

“My daughter liaised with the claims team and organised everything for me. She was a lifesaver!”

Gail’s son Darren and daughter Katrina was able to visit her and assist while she was recovering in the hospital. The doctors told her to return to Australia and see the neurosurgeon as she was still experiencing internal bleeding that needed treatment at the end of September.

“I had a great holiday! Good thing the slip happened towards the end of my trip! I’ve always taken out travel insurance but now insist that my friends and family cover themselves with Fast Cover when travelling.” 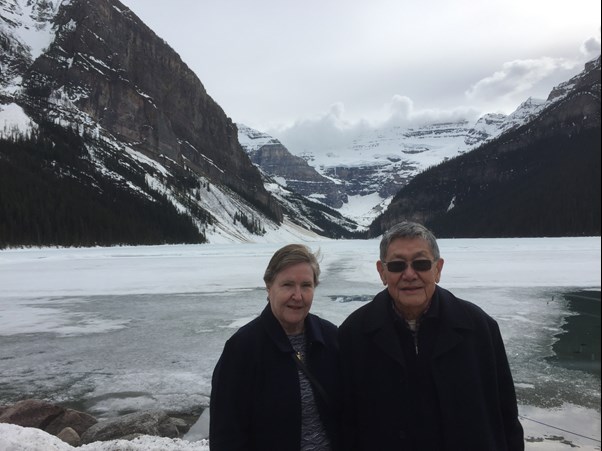 Fast Cover thanks Gail for sharing her story to highlight the importance of purchasing travel insurance and how it helped in her specific circumstances. If you'd like to share your travel insurance claim story to help your fellow travellers, you can do so here.

*To protect the privacy of our customers identifying details have been changed.