The Republic of South Korea has long been a hidden gem of Asia & a favorite tourism destination in the region. 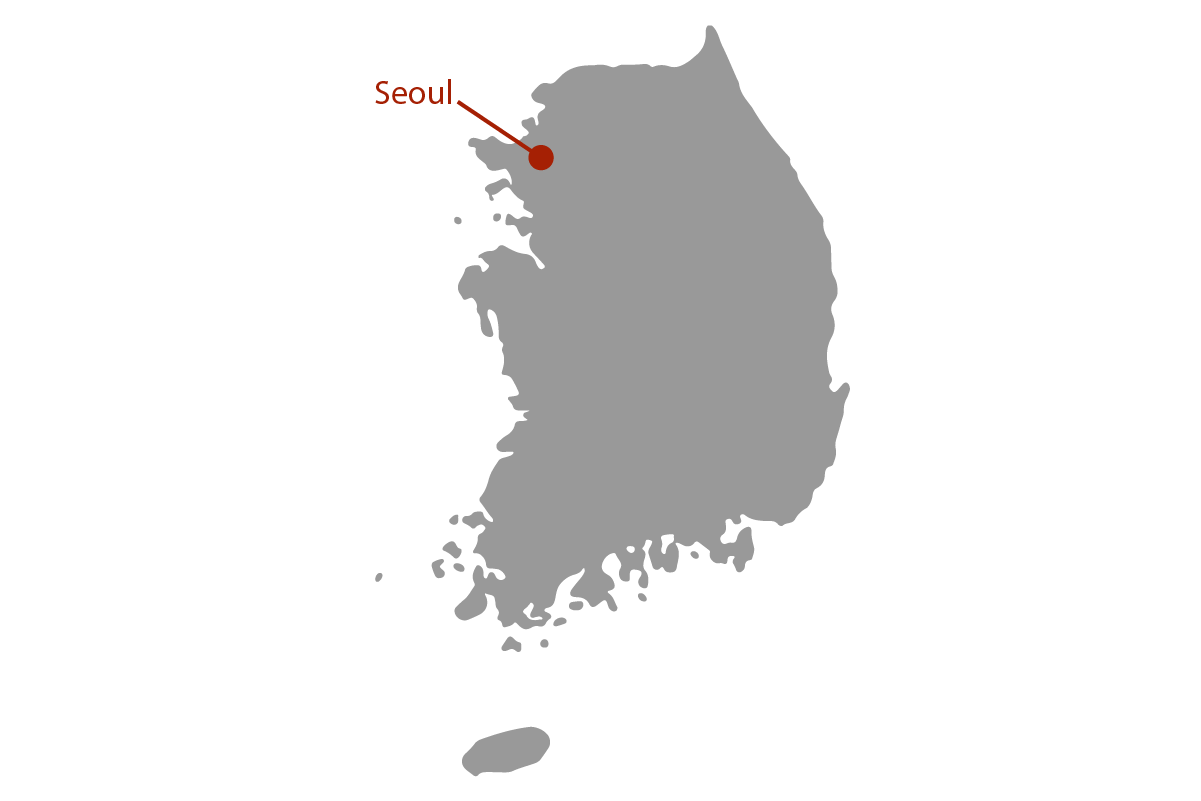 The best times to visit Korea are spring (from late March until early May) and autumn (mid September until early November). Spring offers pleasant temperature and not much rain, and the island's trees come to life in spectacular colors. Autumn, after the rainy season, is also very pleasant, perhaps a bit colder at times than spring. During this time the country prepares for winter, and the colors around the island are stunning.

Korea has four distinct seasons. The  winter months from November until March tend to be fairly cold, with a good chance of snow. Temperatures in winter hover around 0 to -20 in inland regions. Spring, which lasts from late March until early May, brings with it warmth and a little bit of rain. The Summer months from mid-May until September bring hot weather and a lot of rain, making it quite humid altogether. Korea is affected by the East Asian monsoon, and the months of July and August do see massive downpours. Autumn, which starts in late September and lasts until November, is again very pleasant with warm temperatures in the 20s and some rain.

South Korea has been a popular tourism destination within Asia for years, and slowly is being discovered by the rest of the world. Home to great food, friendly people, an amazing cultural heritage and spectacular nature scenes, South Korea should be on everybody's destination list.

Things To Do In South Korea

Korean cuisine consists of a wonderful mix of spices and fermented dishes, which can take a little bit of getting used to if you have not had it before. Nothing exemplifies this style of cooking more than Korea's national dish: Kimchi, which is fermented cabbage in a spicy chili sauce, and is part of almost every meal. You will generally find that rather than having one large plate of food, a meal consists of several components each neatly placed in their separate bowls. For tourists the most popular and familiar style of Korean cooking is the famous 'Korean barbecue', which consists of various marinated and unmarinated meat cuts cooked on a charcoal brazier at the table.

Koreans, similar to all Asian nations, are also big fans of rice, and you will even find a Korean style sushi called 'gimbap', with the main difference being that Koreas flavor the rice with salt and sesame oil instead of the sugar and vinegar combination used in Japan. Noodle dishes are also popular in Korea and a common fast food. Naengmyeon are  chewy buckwheat noodles served in a cold beef broth and you may encounter them at the end of a traditional Korean barbeque. For something different, try Japchae, which are noodles made from yam giving them quite a unique flavor. For adventurous eater, make sure to have some raw octopus, which is sliced to order but keeps on wriggling for a while making eating it very interesting. Another local delicacy is sea squirt, which have their own unique flavor.

While Korea is a very safe place in terms of crime, be prepared for a mild dislike of foreigners. As a general precaution, make sure you have up-to-date travel insurance for Korea.

With millennia of cultural history, beautiful beaches, top ski resorts, and a fantastic cuisine, it’s easy to see why South Korea is becoming so popular. Get your passport, organise travel insurance for South Korea, and go explore and discover.

Perched between China and Japan lies the beautiful Republic of South Korea. Legend has it that Korea was founded in 2333 BC, and when you see the marvelous architecture, shrines, and temples, it’s not difficult to see millennia old traditions at work. Nothing exemplifies the age-old traditions contrasted with modern technology more so than the nation's capital: Seoul.

Seoul is also home to various amusement parks, such as Lotto World and Everland (the Korean version of Disneyland).

North of Seoul is North Korea and the internationally famous Demilitarized Zone, which separates North and South Korea. The DMZ is an interesting place to visit, be aware though that this is a very serious place. There is a strict dress code, photography is not permitted, and neither are gesturing or pointing. Also make sure to have South Korea travel insurance before coming to the DMZ.

Around the cities of Samcheok and Donghae are a series of caves that are worth exploring, with probably the most famous being Hwanseon Cave, which is the largest limestone cave in Asia and home to many rare species. Before doing any major cave exploration though, get your travel insurance sorted for travel to South Korea.

While not yet as famous as Japanese or Chinese cuisines, Korean food is slowly spreading around the world. The flavors may take a bit of getting used to, but they do prove to be quite addictive.

South Korean public transport is very well developed, and you can easily travel around most of the country by train. If you are planning on staying for a while, it may be worthwhile to get a rail pass, as train travel can become expensive.

COVID-19 Overseas Emergency Medical, Hospital & Medical Evacuation Expenses (Sub-limits apply)
Reimbursement of the reasonable emergency medical, hospital or medical evacuation expenses incurred by you until you get back to Australia if you are diagnosed with COVID-19 in New Zealand.

Sub-limit: Funeral or cremation overseas and/or bringing your remains back to your home in Australia: $20,000.
$Unlimited
COVID-19 Trip Cancellation & Disruption (Sub-limits apply)
If before or during your trip:
We will pay: whichever is greater, but not both.

Sub-limit: For additional accommodation and transport expenses where you are:
We will pay:
$3,000
per adult

IMPORTANT: The following are NOT covered under our COVID-19 Pack

The following are important things that the COVID-19 Pack does NOT cover, this is not an exhaustive list, for the full list of conditions, limits and exclusions, please read the PDS and COVID-19 Pack Document.

Terms & conditions, limits and exclusions apply, please read the COVID-19 Pack Document & PDS for full details.
All Aboard
Be the first to hear about sales, exclusive offers, competitions and more
Thank you.